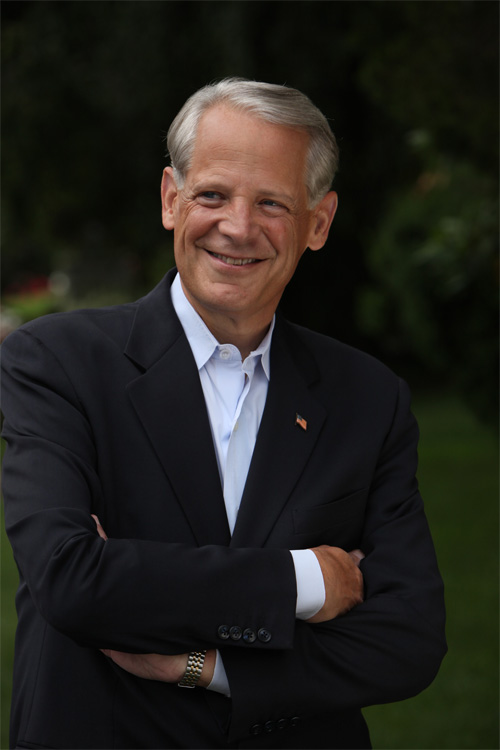 Steve Israel served in the U.S. Congress between 2001–2017, including 4 years as chairman of the Democratic Congressional Campaign Committee (2011–2015). He left Washington – unindicted and undefeated – to pursue new passions. In 2021 he opened a small independent bookshop, Theodore’s Books, in his historic hometown of Oyster Bay, fulfilling a lifelong dream. He also directs the nonpartisan Institute of Politics and Global Affairs at the Brooks School of Public Policy at Cornell University, which serves as a platform for civic engagement and bipartisan dialogue. He has published two critically acclaimed satires of Washington: The Global War on Morris (2014) and Big Guns (2018).

In Congress he created the House Center Aisle Caucus and was recognized as a leader on national security issues and the Middle East.

Israel’s commentary has been featured on CNN and MSNBC, well as the New York Times, The Atlantic magazine, the Washington Post, and Wall Street Journal. He was profiled on HBO’s Last Week Tonight with John Oliver and has appeared on CBS’s Sixty Minutes.

He lives with his wife Cara in Oyster Bay, Long Island. He has two daughters and two grandchildren.